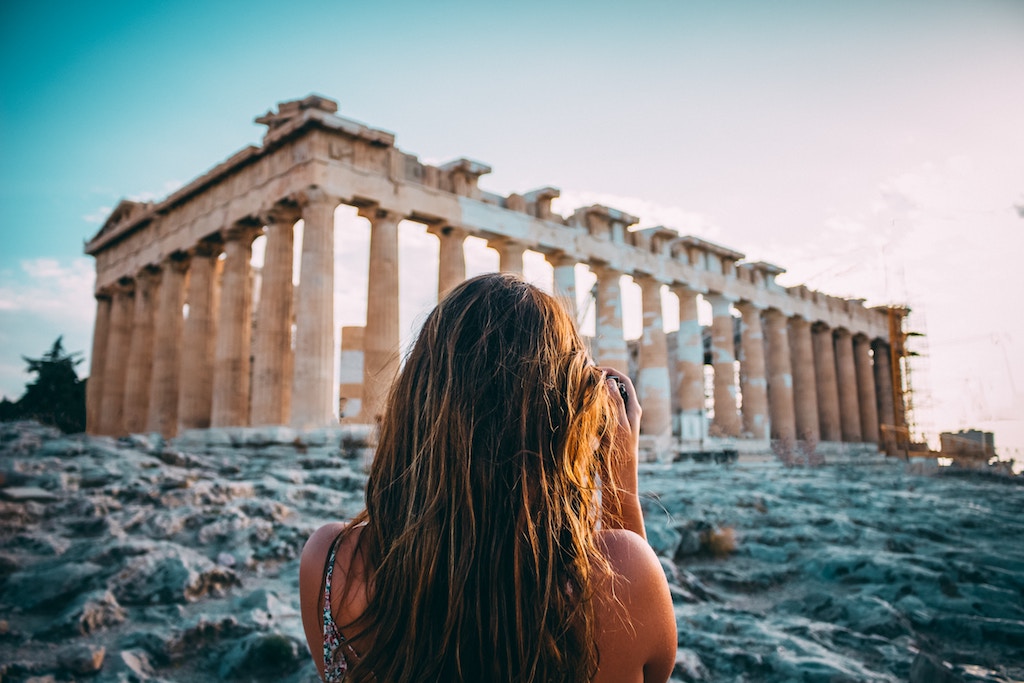 If you have a bucket list, Greece should probably be at the top of that list. Greece is a country in southeastern Europe, on the southern tip of the Balkan peninsula. Much of the country consists of peninsulas and islands in the Aegean, Ionian, and Mediterranean Seas.

It borders Albania, the Republic of Macedonia, Bulgaria, and Turkey. Ancient Greece is as one of Europe’s first civilizations. The arts, politics, philosophy, language, sports, and majority of the western civilization are said to have originated in Greece. Tourists come a long way in their numbers to experience the culture, scenic mountains and most popularly the excellent sandy beaches.

Greece is a favorite to many tourists across the globe, and there are plenty of villas in Greece with a private pool for you to choose from for your stay in this magical island. The villas are an excellent choice for someone who wants privacy. Here are some of the things you can’t afford to miss when you visit Greece.

1. Driving a scooter through the narrow streets in Greece.

The streets in Greece are narrow, and if you want to explore every corner of this beautiful city, a scooter is a convenient mode of transport. For one to have the best view of towns like Santorini and Corfu one can navigate on a scooter but only if you are a confident driver. There are plenty of scooter rental companies in the towns meaning you can get competitive prices. Many of towns here are built into cliffs, making traveling by bike easier to maneuver the terrain. You can stay in places like Oia, Imerovigli or Fila where you can experience unique culture and beauty.

2. Visit old towns with a lot of history

Corfu is an island in Greece that has many beautiful old towns with history. The old style architecture is a sight to behold. Some museums keep a lot of history that you can visit for example the Acropolis museum. Kérkyra old town, the ancient city of Knossos which was the capital of Minoan Civilization Paleá Períthia the Venetian-era village hidden in the north slope of island summit Mt Pandokrátor are but a few of the places you might get the rich history of the island. Paleá Períthia was a ghost town after the 1960’s but was restored later for tourists. The church of Agios Iákovos O Pérsis was rebuilt in the 14th century and is a landmark as you enter the village.

Food is an integral part of a place’s culture, and Greece offers a wide variety of foods you might enjoy. A few dishes that you can try include Moussaka, Tzatziki, Souvlaki, feta cheese, Gyros, Greek salad, Kalamari, Spanakopita, Kleftiko, Pastitsio, Stifado and many others. Greece is known to be the third largest producer of olive oil in the world; therefore, you can’t miss the opportunity to try it out. There are also a wide variety of olives in Greece.

4. Having a good time and Partying

Greece is known to have the best nightlife during the summer with plenty of festivals and significant music events. They vary from modern, cultural or religious even, therefore, attracting a wide range of people. Nightclubs and bars are often open till late where they offer a wide range of alcoholic drinks. Some of the famous greek wines include Assyrtiko, Retsina, Agiorgitiko, and Vinsanto. There are also many alcoholic beverages served in the island, for example, Mastiha which is a sweet flavored beverage made on the island of Chios best-served cold and ouzo which is one of the most popular liquors abroad.

5. The beautiful towns in Greece

Greece has some of the most beautiful towns in the world including:

• Santorini which is both romantic and picturesque. It has gorgeous hotels from which you get a breathtaking view of the caldera.

• Mykonos has beautiful streets and an active nightlife.

• Crete is the largest island in Greece and is home to the beautifully restores Minoan Palace.

• Milos has moonscape beaches as well as the home to the famous Venus de Milo which is in the Louvre in Paris.

• Athens is home to the Acropolis museum, old streets of Monastiraki and the town of Anafiotika

• Hydra is known for its many restaurants located along the main port.

Greek is an ancient language and where else would you rather be to learn this beautiful language? Greek people are friendly, hospitable and ready to share their rich culture with tourists. Greek culture is fascinating with a lot of different dancing styles, traditions, folk costumes.

If you are looking for sand, pebbles, cliff beaches, there is something for everyone to enjoy. The clear blue waters are suitable for boat rides and watching the fascinating marine life. The island is windy thus ideal for sports such as windsailing in places like Lefkádha in the Ionians or Náxos, Páros and Ándhros in the Cyclades

It is safe to say that Greece is one of the most beautiful tourist destinations in the world. The food, rich culture, music, beautiful sceneries, old historic buildings, clear blue water surrounded by white sandy beaches are but a few of the things that you can’t afford to miss on your next trip to Greece. The country is safe for tourists and also affordable for your next vacation.

Complete your trip to Greece with a custom phone case from GoCustomized.  Upload your favorite picture from your trip to the customizer and design your own phone case.  This way you can ensure your memories from Greece last with you forever, and also show off your wonderful memories. You can also make your own custom phone cases at Yourcustomphonecase.com.